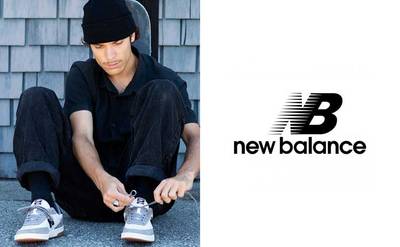 Traditionally known for their running & lifestyle shoes (NB 990, Steve Jobs’ uniform of the NB 992). Since 2013 New Balance have transferred their footwear knowledge to the Skateboarding scene, establishing the New Balance Numeric shoes range. A variety of style, comfort & the latest footwear technology has put them in running with the bigger companies of skate footwear, with already iconic styles like the 913, 533 and 379.

New Balance saw an opportunity in their understanding of athletic footwear to be applied to skating. Their primary focus is not to be the biggest but the best by bringing the best product to the market.

Over the years they have released several skate videos from their very debut ‘Quids In’ to some of their latest videos ‘Sankhara’ & ‘Tinto De Verano’ all available to watch on their Vimeo page. The pro team that currently ride for New Balance Numeric feature Arto Saari, Tom Knox, PJ Ladd, Axel Cruysberghs, Antoine Asselin & Jamie Foy with his iteration of the NB Numeric 306. Most recently New Balance has released the NB 288s with pro models Davis Torgerson & Jack Curtain.

Introducing New Balance’s skate range was a no brainer for Empire Skate, the attention to detail & skate-first business model aligns with our own.

Read more +
Liquid error: include usage is not allowed in this context